One week ago I had the good fortune to participate in a 'rencontre littéraire' in the city of Ganges in the South of France. I presented Furaha using Powerpoint with a variety of images, most of which are also visible on the Furaha site. I enclose a few of the slides just to satisfy your curiosity. I met a number of interesting people and had a great time. 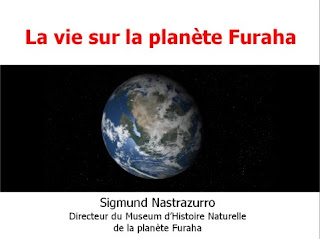 Luckily, Marc Boulay and Sylvia Lorrain, who were responsible for my invitation (merçi!) and who live nearby, were kind enough to help me with the French text. Just as well, as it turned out, because one my translation of the word 'seasucker' (you will find them on the 'swimming with...'page) in its literal form turned out ot have unfortunate connotations. And no, I will no mention it here either. Doing the talk in French was quite an adventure, but I think it well fairly well. 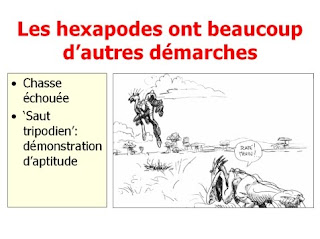 During the visit Marc and Sylvia were kind enough to invite me to their home, where they demonstrated the process of designing animal shapes in ZBrush as well as texturing them. It is clear to me that this process requires considerable expertise, and also that they have mastered it. Anyone interested should keep an eye on their sites. 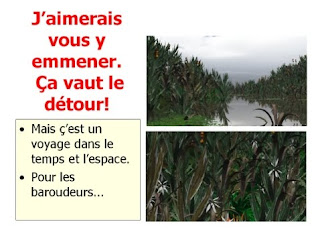 © Gert van Dijk
By the way, all this traveling means that I haven't had much time to work on this blog (or on anything else). Still, I am collecting material on walking with odd numbers of legs. 'Odd' here is used as the opposite of 'even'; most what you find here is odd in the other sense anyway.
Posted by Sigmund Nastrazzurro at 14:51