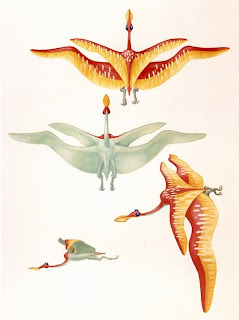 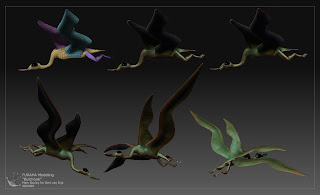 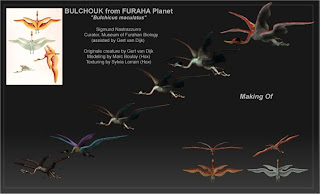 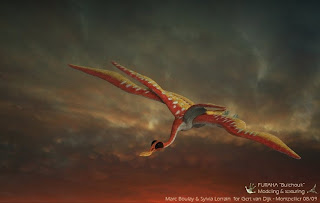 Click to enlarge
© © Marc Boulay / Sylvia Lorrain / Gert van Dijk
I am also now fooling around with Zbrush, which is fairly easy to get into. But if you want to see how it ought to be done, Marc has put a video on his site on which you can see how he modelled the bulchouk starting with a few simple spheres. Just go to his site, click 'FUN' on the menu at the top. Alternatively this will take you there directly (but you will miss the Triceratops!). Just click on the play button on the second window, and be prepared to be amazed.
Posted by Sigmund Nastrazzurro at 17:37